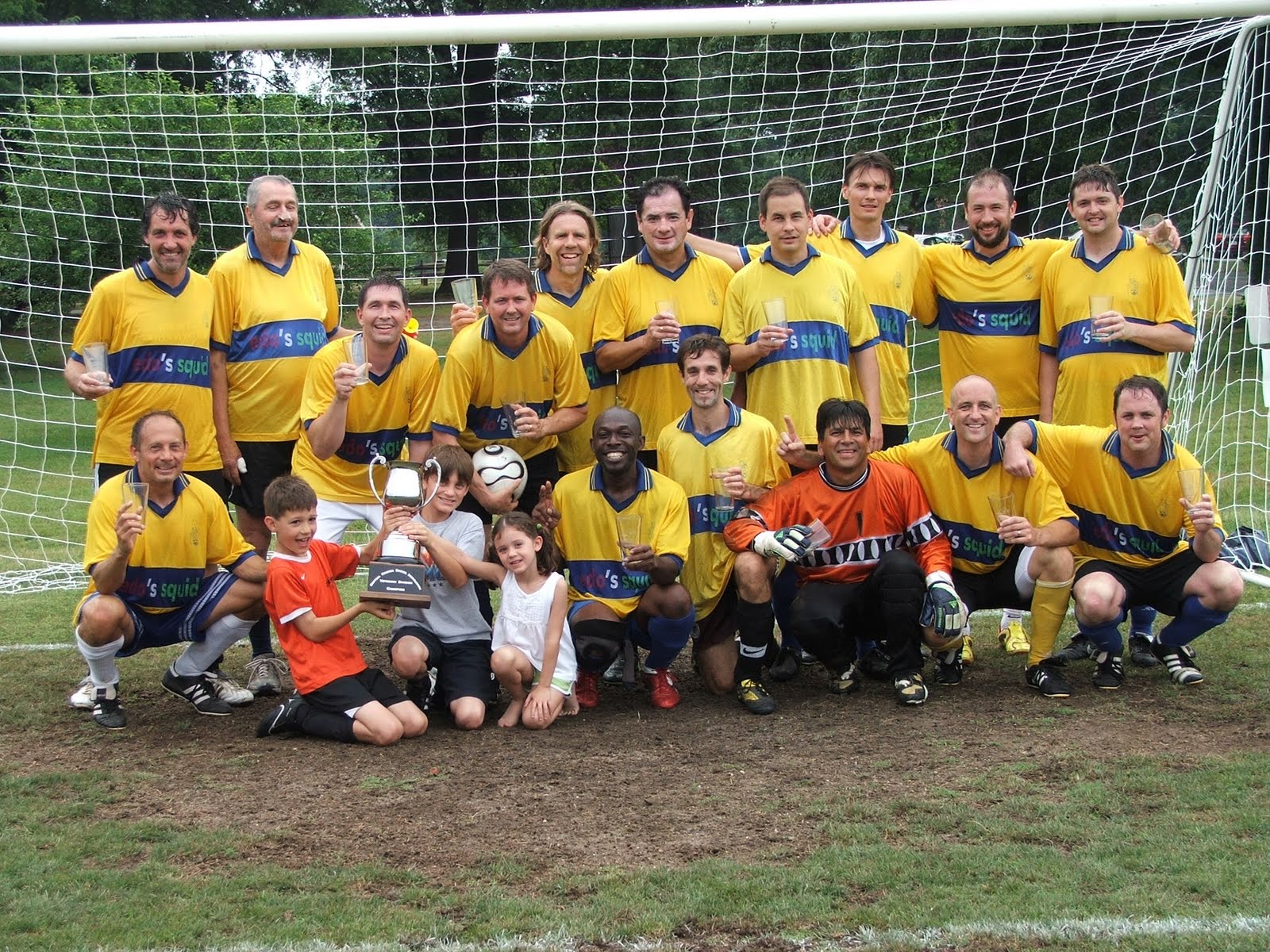 edo's got the win late in the game on a goal by Chris L. . We had many opprotunities to put this game away, could have been 5 - 1 at the end. Adrien had the other goal on a nice assist from Gabor.
Posted by EDO'S SQUID SOCCER at Thursday, September 30, 2010 1 comment:

The Lions were given a gift in the first half "penalty kick" score was tied 1-1 at half. Edo's kept things close most of the game, score was 3-2 lions with 12 minutes left. Everyone played extremely well but we ran out of gas and let in another goal on a nice corner kick, final 4-2 Lions. Adrien and Gabor scored.
Posted by EDO'S SQUID SOCCER at Thursday, September 30, 2010 No comments:

Titans took a 2-0 lead early and things didn't look good. Edo's would not give up and started to climb back into this one. Edo's tied the game with goals by Adrien and Jerry. After some dirty play by the Titans, one of their men was given a red card. This evens the score between us because they were given a gift last season when one of our men was sent off early in the first half and we had to play 60 plus minutes with 10 men. Gabor broke the tie with a goal in the last 8 minutes and Edo's handed the Titans their only loss of the season. They might have won the Veterans League Title but not without a loss.
Posted by EDO'S SQUID SOCCER at Monday, August 16, 2010 No comments:

Edo's was out numbered from the beginning. We asked CVSA to reschedule this game but they couldn't do it.
Started the game with 8 field players - MSFC scored right away 1-0 after 10 minutes. Some of our guys started to show up and Edo's tied the game 1-1 on a penalty kick by Sigi. MSFC came right back and got one through the defense - slow roller that went right inside the post. With Edo's playing some good soccer - one of our players got a red card, 10 for the rest of the game! In the second half Edo's had numerous chances to score and tie the game but it just wasn't our night.
Everyone played extremely well considering only starting with 9 players, not our regular goalie, and having to play with 10 players for most of the game with no subs. Edo's put up a good fight and made the other squad work for this one.
Posted by EDO'S SQUID SOCCER at Friday, April 30, 2010 No comments:

With almost a full squad of players Edo's played their worst game of the season. With a 3-0 lead in the first half Edo's Squid FC put this game in cruise control and learned once again what we all know - soccer is a very cruel game. With a loss earlier in the season and back to back ties - the championship is out of reach.
Posted by EDO'S SQUID SOCCER at Friday, April 30, 2010 No comments: